Coworking – The Next Step Up From Starbucks

Coworking – The Next Step Up From Starbucks 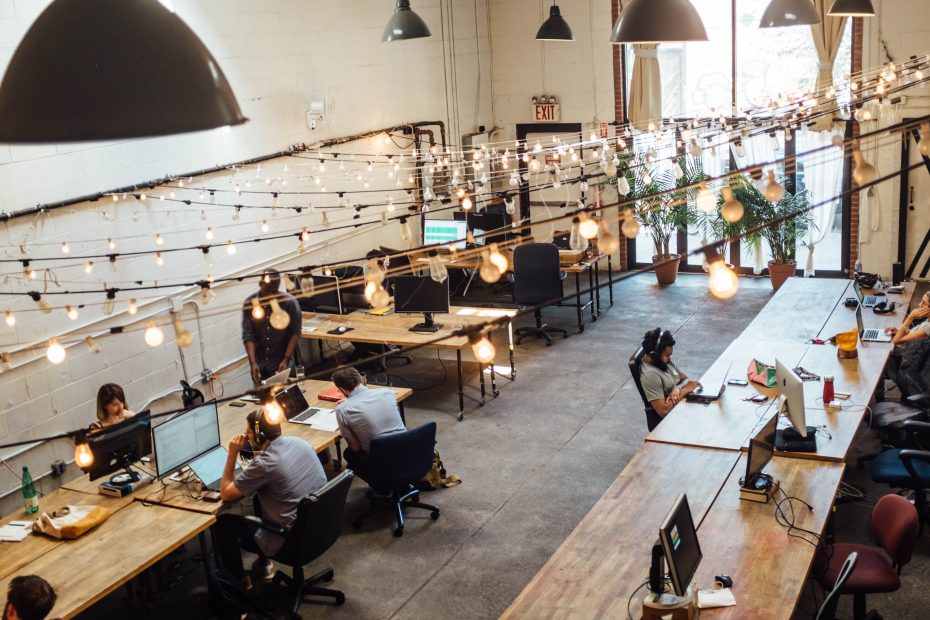 This being the day after Labor Day I wanted to pass along an interesting concept called coworking. Most of you are familiar with the idea of a shared tenant services for small businesses that can’t afford their own office space but want to take advantage of a common collection of services such as fax machines, conference rooms, reception areas, and the like. But what if the $400 or so a month fee for these services is still out of the park for your nascent business owner? And what if working out of a coffee shop or other free Wifi place isn’t really professional enough? In between these use cases is where coworking comes in handy.

Coworking goes under various names, including the “Jelly” movement started by Amit Gupta. The idea is that people who want more than just a virtual water cooler of email, Tweeting and posting online can actually get out of the house and spend some time nearby other humans doing their work too. The goal is to create a community of like-minded people but from different walks of life, skill sets, and interests – just like your local Faceless Big Company Cubicle Warren. Bring your own laptop and cell phone, tie into a Wifi connection, and partake of the included coffee. The “rent” is reasonable – about $50 a month or even less, depending on how often you need to show up. Some facilities have more, such as multiple-line phones and conference rooms, and some have less. All are a step up from Starbucks, though.

There are kwun tong coworking space of resources on coworking.info and the workatjelly main site also lists the locations in major cities, including one in St. Louis. So in the interests of research, I paid them a visit last week and was impressed by the concept. Our coworking facility is in a residential neighborhood at the very southern end of the city, a few blocks from the Mississippi River. It is actually in a renovated home owned by Lisa Rokusek, complete with full kitchen and bathroom and guest bedroom. Lisa is a recruiter who lives nearby and first renovated the house as a guesthouse before she got into coworking. Now she is hooked on the concept and is developing a few other properties as well. She has about ten regular coworkers who come anywhere from several times a week to just a few times a month.

You would think that someone who recruits people for new jobs would want something more private, but Lisa was adamant that the idea works for her. She doesn’t need a full-time, 9-to-5 office because she is often out visiting clients at their offices. And when she really needs some privacy, she steps outside with her cell phone to make the call. “And it gives my coworkers a sense of openness, because they are seeing how the sausages are being made,” she told me.

Still, my work style wouldn’t tolerate such close quarters – at the St. Louis coworking site that I visited last week, it could easily house ten people in two small rooms. I like it nice and quiet and no one else around, because that is what I need to write and to interview people on the phone. But perhaps you are different, and crave the company and companionship. You might want to investigate coworking, and see if there is someone in your area that has such a setup, or even start your own house.